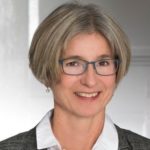 The term “lingua franca” refers to a common language used among people who do not share the same mother tongue. Throughout history, communication via a lingua franca has helped traders, clerics and scholars overcome linguistic and physical borders. For instance, prior to the 18th century, Latin was the dominant language of science, medicine and religion, which is one reason why proficiency in this virtually extinct language was long required in many degree programs at German universities.

In the meantime, the lingua franca of science has become English. Researchers need to publish in English if they want their work to be recognized. In his book Scientific Babble (2015), Michael D. Gordon estimates that over 95 percent of scientific research is published in English. This underlines the importance of solid English writing skills to reach out to audiences outside our local scientific community. Fortunately, there is no shortage of good advice available.

One of our favorite writing guides is The Reader’s Brain: How Neuroscience Can Make You a Better Writer. The author Yellowlees Douglas is an associate professor of English, writing consultant, and author of the blog “How Writing Works” in Psychology Today. Her work draws on neurological research to articulate concrete rules for creating readily comprehensible texts. She calls these principles the “5 Cs”: clarity, continuity, coherence, concision, and cadence.

To give an example, the principle of cadence refers to the rhythmical effect or “flow” created by a text. An article has good cadence if it gives the reader the sensation of gliding from sentence to sentence. Douglas reminds us that varying sentence length is one way to achieve this effect. Don’t be afraid to use short sentences, especially for making key points and conclusions. This is because every full stop gives the brain a chance to rest and process what came before. The key is variety. It is important to vary sentence length frequently to avoid monotony, reserving long sentences for when you need length to explain strongly linked information without interruption.

Another way to improve cadence is by bringing variety into the structure of your sentences. Remember that unlike other languages, English syntax prefers the pattern subject/verb/object – in that order. But this doesn’t mean you have to begin every sentence with the grammatical subject. Create variation by starting with a transition word, an adverbial phrase, or a dependent clause. Such clauses begin with connecting words such as since, although, whereas, or provided that. Douglas also advises writers to make frequent use of transitions like moreover, however, or conversely to guide the reader and tie sentences together. But use caution: beginning every sentence with a transition will make your writing seem mechanical and monotonous.

It would go beyond the scope of this article to describe each of the “5 Cs” here, but we want to share two more of Douglas’s writing hacks to help you KISS, or Keep It Short and Simple. She reminds us that the ubiquitous construction “There are studies that prove xyz” is actually a cumbersome translation of the French “il y a.” Avoid it and simply write: “Studies prove xyz.”  Similarly, “in order to” can almost always be replaced by “to.” Douglas’s bottom line is that regardless of how complex your subject is, your work is more likely to be read if it is written in a clear, concise and engaging way.

Another resource for sound writing advice is Roy Peter Clarke’s “Fifty Writing Tools: Quick List” on the website of The Poynter Institute, a renowned school of journalism. Here are five tips we find particularly relevant for science communication:

Finally, we consulted Simon Makin, a London-based science journalist who writes regularly for Scientific American, Nature, and other publications. How, we asked, can writers provide readers with clear messages about complicated issues? His answer: “One of the simplest but most effective tricks for increasing clarity when writing about complex topics is to keep related words close together. Minimize the number of sub-clauses in sentences, and structure them such that the least number of words separate subjects and objects of sentences. This decreases the work a reader has to do, freeing their mind to more easily follow the steps of your complex argument or explanation.” Recall Yellowlees Douglas and the reader’s brain: English speakers naturally expect to find core sentence elements (subject, verb, object) in close proximity.

To give another example, the normal position for concrete adverbs of time – in 2020, last year, two decades ago – is at the end of a sentence or clause. Such phrases can be placed in the first position for emphasis or simply to create variation, but if you place them anywhere else, the reader could lose time sorting out the word order.

We already know that writing teachers go through liters of red ink correcting word order and verb forms. But we were also curious to hear Simon Makins’s observations about common mistakes made by non-native speakers. He singles out a more subtle common mistake: “incorrect use of articles, especially the word ‘the.’ Check that every instance of ‘the’ in your writing refers either to something specific and familiar to the reader, or to a unique entity.” This explains why you should omit “the” in general references to abstract nouns like society, life, culture or time. If you’re uncertain, look up the word in a dictionary and see how it’s used in example sentences, or ask a native speaker.

Like us, Makin advocates reading aloud to identify confusing constructions or logical errors. Often your “gut feeling” will alert you if the syntax is off or an argument is too difficult to understand. Also, don’t be afraid to use the delete key during the editing process. “Brevity is beautiful,” quips Simon Makin – unnecessary words clutter your text and get in the way of clarity. Finally, have a native speaker look over your text if possible.

We began with a look at the overwhelming numbers of scientific publications written in English. However, this is not to say publications in other languages are not equally important and worthy of attention. After all, Asterix fans are familiar with the small village in France the Romans weren’t able to conquer. Similarly, an article recently published in the open-access journal Plos Biology challenges the assumption that all significant scientific information is available in English. The authors of “Tapping into Non-English-Language Science for the Conservation of Global Biodiversity” make a surprising claim: Diversity in language contributes to the protection of diversity in the biosphere. After screening over 400,000 peer-reviewed papers in 16 languages, they conclude that non-English-language studies are “key to overcoming the widespread lack of local, context-dependent evidence and facilitating evidence-based conservation globally.”

In a move that may seem unusual for biologists, the authors of the article drive their point home with a famous dictum from the philosopher Ludwig Wittgenstein. Exactly one hundred years ago, he wrote in his Tractatus Logico-Philosophicus: “The borders of my language represent the borders of my world.” Well done, Mr. Wittgenstein. We couldn’t have expressed it in clearer and simpler terms.

The views expressed in guest comments do not necessarily reflect those of the editors of Wissenschaftskommunikation.de.