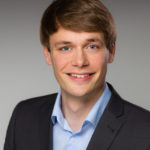 Communicating about science with the public is a complex and multi-layered endeavour. This is true for any society where stakeholders from different backgrounds shape public discourses on socially relevant research. It is even more true on a European scale, where the number of stakeholders multiplies and science communication activities take place on various regional, national and international levels, thus addressing enormously heterogeneous publics.

The event „Communicating Science in a Complex World“ addressed this issue in a one-day workshop that took place in Brussels on 17 October. Representatives from science, industry, civil society, media and politics met to analyse the status quo of science communication initiatives across Europe and to discuss strategies and opportunities for future collaboration.

Keynote speakers Professor Pere Puigdomènech (Centre for Research in Agricultural Genomics/ALLEA) and Professor George Gaskell (London School of Economics) focused on genome editing and its communication with the European public, which is an example of a controversial field of research that faces complex communication challenges. The presentations and discussions with the audience highlighted that public interest is directed not so much towards the latest findings in genome editing themselves, as towards their applications. It is these rather than the research itself that drives public perceptions. This was supported by Maria Hagardt (Vetenskap & Allmänhet/Orion), who presented survey results from a project on Open Science in life sciences. The numbers from six European countries (Czechia, Germany, Italy, Spain, Sweden and UK) indicate that positive attitudes towards genome editing are high when its purpose is related to human health but comparatively low when the same technology is used to improve plant or livestock production.

Science does not exist in a vacuum but is embedded in a wider socio-economic, cultural and political context. As Professor Gaskell emphasized in his impulse presentation, the same is true for both scientists and citizens: They are not rational actors but are part of a complex social environment. Panelists and participants noted that the only way to communicate research findings to the public with integrity is to disclose remaining uncertainties transparently. Jim Dratwa (European Commission, Head of the European Group on Ethics in Science and New Technologies Office) summarised this argument in the evening panel discussion: “There is a temptation in this post-fact period to keep it simple, clean and univocal. Yet, we would be well advised to not only convey the beauty, but also the messiness of science. We are not the holders of the truth.”

Many of the questions that recurred during the day reflected the main challenges of modern science communication: Whose responsibility is to communicate science, and to whom? At what point in the scientific research process should public communication start? And what are the benefits for scientists when they communicate with the public? Participants highlighted that stakeholders from science, industry, media and politics should strive for common ground and develop mutual aims in order for science communication in Europe to become more strategic.

Limited success in coordinating activities on a European level

Further discussions in working groups found that the roles of stakeholders who take part in science-driven public discourses need to be constantly reflected in order to be able to recognise charges of hidden agendas which could lead in the end to a loss of public confidence. Some participants further emphasized the need for reevaluating the overall goals of science communication, arguing that the primary focus should not be on educating the public but on generating open public debates on research goals and agendas.

There are numerous innovative science communication activities at a national level in  EU member states, as well as multiple websites and platforms. However, there has been limited success in connecting activities and platforms from different European countries, as well as stakeholders from different backgrounds at the European level. As one participant criticized, “We are all loosely connected in our own groups, but we rarely know what other stakeholders are planning to communicate about.” This leads to many lost opportunities to coordinate various national science communication projects on topics of interest for multiple European publics.

Discussions among the 75 participants made clear that there is room for improvement regarding a coordinated and strategic approach to European science communication. In order to encourage stakeholders to communicate actively with the public and to cooperate strategically with each other, there need to be constantly reflected roles, an agreement on the intended impacts and public spheres that embrace open and transparent discourses. Best practices and experiences of science communication in European member states should be shared among different stakeholders, while long-term efforts on a European level need to be inclusive and sustainable. Participants, panelists and organisers of the event agreed that stakeholders in the field of science communication should work together to lower the barrier between science and the public and to promote open and knowledge-based public discourses across Europe.

The event „Communicating Science in a Complex World“ was co-organised by the German organisation Wissenschaft im Dialog*, the Swedish organisation Vetenskap & Allmänhet, the European Science Engagement Association (EUSEA), and ALLEA – All European Academies. It was supported by Bayer.

*Wissenschaft im Dialog (WiD) is one of the partners of our website Wissenschaftskommunikation.de.

Sciencewashing is a deliberate action to simulate scientific practices or quality assurance to deceive others. It occurs in various areas, e.g., the beauty marketing or the nutritional supplement industry. In this guest article, Stefan T. Siegel and Jannes Terdenge elaborate on the question of what sciencewashing is and why it can be a challenge for […]
Mehr