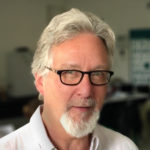 I was asked to comment on the latest round of the Science Barometer and I am very happy to do so. However, I will not comment on the new results, which the report writers will amply provide for, but highlight the wider significance of this annual survey effort.

The Science Barometer is an effort in concert with similar surveys of public perceptions of science conducted in many countries, done in more or less regular intervals. We find similar efforts to monitor public opinion of science across Europe in Sweden, Switzerland, Spain and Italy, and less regularly in France and the UK; more globally similar surveys originate in the US, Canada, Russia, Brazil, Argentina, Chile, Australia, Japan, Korea and China. Some of these constitute data series with a long time line: the French series is the oldest dating back to 1973, the US to 1979, and the UK to 1989. Science Barometer has established the German series for the 6th time since 2014 and the sponsoring institutions need to be commended for their support. We are seeing an international database emerging where public attitudes to science can increasingly be compared from a sound empirical basis.

‘We are seeing an international database emerging where public attitudes to science can increasingly be compared from a sound empirical basis.’Martin W. Bauer
The German effort has one further characteristic: there are two regular surveys complementing each other. The Science Barometer runs annually with 1000 interviews, and this efforts is complemented by the ‘Technikradar’ by acatech and the Körber Foundation, fielded bi-annually with 2000 interviews. These two surveys represent no competition but reveal the two sides of the coin of modern techno-science. This division of labour offers a dual focus on specific developments (by acatech and the Körber Foundation) and on the generic mood in the country (by Wissenschaft im Dialog). These two surveys also stand for two different ways of representing the public mood, either as ‘risk perceptions’—engineers and economists design systems that can go wrong and are therefore risky, or as ‘public attitudes’—natural scientists simply observe what might be the case in the world (see Bauer, 2015, p. 148 ff.). Public opinion and its discontent is thereby gauged through two different, but overlapping lenses. The coming 2020 will be an exciting year for public perception of science: a new round of Eurobarometer ‘Science-in-Society’, the last one was 2010, which will allow us to bench mark the national mood across Europe and to offer a pictures of change and stability running back to the early 1990s when Europe and Germany took a new shape.

These surveys of the general public mood vis-à-vis science take their significance often from lingering anxieties among key actors about the erosion of scientific authority. In a recent publication (Bauer et al., 2019) we tried to capture this concern in two images: the ‘lighthouse’ and the ‘bungee jump’ model. The ‘lighthouse’ model resonates very much with the anxieties of scientists who see their work under siege. A stormy sea of controversies over vaccination, GM crops, nuclear power or climate change, chemical pollution or pseudo-scientific beliefs in a ‘flat earth’ or creationism erode the foundation of the ‘lighthouse’ and threaten to extinguish its guiding beam of light in modern society. Preoccupying as these debates can be, a more realistic image is probably the ‘bungee jump’ model: From a high construction, science and scientists occasionally jump into the depth of controversy, losing some of their audiences over vaccination, GM crops, nuclear power, cosmology, plastic, evolution or climate change. However these falls are punctual losses of authoritative voice on specific issues, they do not constitutes a fundamental decline in the authority of science in society. The position of science in society is well secured by a strong overall reputation, i.e. the constructing that secures the bungee jump from crashing.

The 2019 Science Barometer is the 6th in the series since 2014. In a Hackathon–Datacamp event earlier this summer, a group of PhD students were ‘hacking’ all previous surveys in search for nuggets of novel insights, and they have shown that there are indeed further insights to be lifted from this growing database. There is scope for creating combined indicators, creating time-series indexes, and for examining and tracing meaningful ‘milieus’ in the German population which cultivate particular perceptions of science in their everyday lives.

Further Articles in EnglishOur English articles at a glance
All this is very good news. The Science Barometer 2019 continues its mission to offer up evidence and opportunities that can put undue anxieties to rest about the decline of scientific authority, that can differentiate if and where such decline might be in evidence. It does its duty to the sponsors and the wider community by monitoring the public mood for them and everybody else. By putting these observations back into society, and by making this data and its interpretation as widely public as possible, Wissenschaft im Dialog makes a valuable contribution and keeps going the conversation of science in society. It would be a historical calamity, if the news about, the attention to and the daily relevance of science would disappear from daily life, like a ‘silent spring’, and people would curiously be asking, as if enquiring about a curious fad: ‘science, what is that?’ There is clearly no sign of such marginalisation of science in German society. To the contrary, we might have to keep an eye on the possibility that people come to perceive science as the only game in town, which might give rise to another kind of worry. This possibility of such a reversal is another good reason why Wissenschaft im Dialog must continue monitoring the public mood for years to come.

The views expressed in guest comments do not necessarily reflect those of the editors of Wissenschaftskommunikation.de.