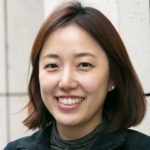 Many countries are investing in promoting science to the public and they now share both formats and content between countries. This article will share a little insight into science culture in Korea including its historical background and an overview of various programs from the past to the present.

Science communication, promoting science to general public, students, and non-scientist, is defined and named differently in different countries and cultures. In China it is called science popularization, in the UK science outreach, some countries call it science literacy, in Germany of course science communication and in Korea, we call it science culture. Science culture aims to counter the stereotype that science and technology are something difficult, hard to understand, or even boring. The Korean government thought the nation would be more successful if they could make science a part of our culture which would make the public to feel more positive about science. So they came up with the term ‘Science culture’ to describe promoting science to the public. Before introducing science culture in Korea, here’s some background history of Korea and the meaning of science in Korea.

In the 1950s Korea was a total disaster as a result of the Korean War and many developed countries financially assisted Korea. The government wanted to recover from this devastated state to be a wealthy country again. The Korean government saw science and technology key factors for economic growth. Not many years after the war they set up the Science and Technology Supporting Committee and founded science institutions to support researchers by allocating a large budget for R&D. In 2016, the government allocated 4.04 % of GDP to R&D, which is world’s 5th highest proportion. Korea attributes its success in becoming the first country in the world to change from being an aid recipient to an aid donor to its S&T-friendly policies and strong educational motivation and practice. In Korea science and technology are very closely linked, and the two terms are sometimes used interchangeably.

In addition to supporting high-tech science, the government also promoted science education in order to nurture future scientists. It also supported many science cultural projects to help citizens understand science with the goal of gaining positive recognition for science which would support both national development and individual welfare. Due to these policies, back in the 1980s, many students dreamed of being a scientist who they thought of as an hero inventing new things, exploring unknown worlds and discovering facts that could change our lives.

Science culture in Korea has developed through three stages. Between the 1930s and the 1970s, there was a period of science popularization which was government-led promotion of science with the goal of efficiently transferring scientific knowledge from scientists to the public. It started by holding a nationwide Science Day in order to enlighten the public with science which was led by a man named Yong Kwan Kim. After that there was a long break during World War 2 and the Korean War. In 1967 the government founded the Korea Science Foundation (KSF) to promote science culture, which is now called Korea Foundation for the Advancement of Science and Creativity (KOFAC). KSF held science lectures for house wives and sent a ‘science bus’ to travel throughout the country. Its goal was to bring attention to science and to demonstrate the importance of science to the general public as well.

Further Articles in EnglishOur English articles at a glance
The second stage, science understanding, occurred between the 1980s and 2000s. By now people had more opportunities to understand science better. The government promoted hands-on science programs based on phenomena from our daily lives, held competitions (starting in 1983) and science festivals for students(since 1997) , and introduced laws and set up long-term plans for promoting science culture. The goal was to give pupils more opportunities to experience science so that they could become confident with it. Science teachers, researchers and scholars volunteered for these activities.

The final stage which we have reached today is science engagement. The modern approach is that we ask the citizens to actually take part in science communication and research. Citizens with non-science backgrounds are invited to maker centers where they can actually develop solutions to problems, actualize their ideas, and through citizen science they are welcomed to be part of scientific research.

Science for everyone in Korea

For many years KOFAC has been promoting science culture in Korea by supporting science communicators, holding events for students and adults, and developing & distributing science content. KOFAC is a non-profit organization fully supported by the government since it was founded by the president of Korea to promote science culture in 1967. Its main aim is to enhance public awareness and understanding in science and technology as well as nurturing creative future talents. KOFAC currently runs three types of science culture projects:

All this commitment from the government and public institutions has paid off – public interest and understanding of science and technology has gradually increased from 2000 (36.8 %) to 2010 (49.9 %) based on the public survey ‘Public understanding on science and technology’ that KOFAC conducted. It has been a great success that we have improved public interest in science but now we are facing another challenge. We need more opportunities for the public to actually engage in science communication and research.