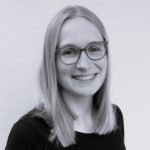 How can scientists and communicators collaborate better – that is one of the questions the Future of Science Communication (#FSCC21) conference is trying to approach. The coronavirus pandemic has made clear how important the exchange between science and the public is, said the Managing Director of Wissenschaft im Dialog*, Markus Weißkopf, in his welcoming speech. He hopes that the conference will contribute to making science communication even more effective and impactful. More collaboration between practitioners and researchers could be one way to achieve this, he proposed.

Keynote “Perspectives from Science of SciComm”

Mike S. Schäfer, professor at the University of Zurich, gave an overview of the state of the science of science communication in his keynote. What is already going well, and what isn’t? And how can science communication as a field move forward? He, too, emphasized the importance of science communication in the pandemic and that people rely on science, especially in times of crisis. In addition, he said, the public has a very positive attitude towards science. At the same time, however, parts of society turned away from science during the pandemic – such as the German Querdenker” who hold anti-science positions. Scientists who communicate with the public are often attacked by them and do not always receive sufficient support in this situation.

Schäfer’s keynote speech set the stage for many topics that play a role at the conference. Nicola Grobert, for example, a professor from Oxford University, spoke about her work as Chief Scientific Advisor to the European Commission and explained how she provides scientific policy advice, especially in the pandemic. There are workshops on trust in science, on science journalism and communication in times of crisis.

Workshop „Fostering exchange and collaborations between research and practice”

But a central question of the conference is: How can practitioners and researchers work together more effectively in science communication? To find out, Rebecca Winkels** from Wissenschaft im Dialog and Julia Serong from the Ludwig Maximilian University in Munich offered a workshop in which they exchanged ideas with researchers and communicators. In a short input, Serong presented some theses that were discussed with the participants. For example, she called for science communication to be integrated more strongly into research and teaching, and to bring mutual benefit for recipients and communicators. She also said that the risks for communicating should be lowered, as scientists often see themselves as representatives of their research field and of science as a whole and are therefore worried about embarrassing themselves.

On a digital whiteboard, the participants collected the positive and negative experiences they have had when communicating with researchers – and how communication with researchers could be improved. The participants reported a lot of positive things, from scientists who like to talk about their research and make an effort to reach laypeople. But they also mentioned problems like scientists using very technical language, or how they find it difficult to speak to a non-scientific audience. One participant reported that some scientists do not perceive his expertise as a communicator, and it is difficult to convince them otherwise. And sometimes, one participant mentioned, it is hard to find scientists to speak out on current issues, such as policy decisions during the coronavirus pandemic.

But for science communication to succeed, you need not only motivated researchers and communicators, but also an idea of how to reach the right target group. This is what a panel discussion in the evening was about. Marianne Achiam, professor at the University of Copenhagen, said during her short input that the simple idea of “scientists speaking to an audience” does not exactly work because we are all sometimes listeners, sometimes experts, sometimes laypeople. The opening statement by Vanessa Mignan Jenkins, an independent consultant from Paris, went in the same direction. She took the metaphor of a dartboard as a “target” audience and then explained why that doesn’t work. Because with a dart, you would know if it hit the target, but with science communication, you often don’t know who it will reach, and how much of the message will be received. Barbara Streicher from the ScienceCenter-Network talked about her work to reach adult underserved audiences. She advocated focusing on long-term formats rather than one-off events. Only with a lot of time and real access to underserved audiences, it is possible to communicate with these target groups, she said. Finally, Patrick Honecker from the University of Cologne spoke of various biases that science communicators could encounter.

“We are scientists, we do not use these weapons.”Patrick Honecker
In the subsequent discussion with the audience, the question quickly arose of how to deal with those whom science communication does not immediately reach. One of Achiam’s ideas was to use intermediaries such as natural history museums, which tend to reach different target groups than science itself. Online, in any case, contact with underserved audiences is much more difficult, said Streicher, and added that a physical connection that later could be transferred online would be easier. One way could also be to include target groups with special needs, for example through sign language or easy language on the website. Easy language, for example, could be helpful for many people, even if it was initially aimed at a specific group. Finally, for more diverse and inclusive science communication, it needs to be addressed how institutions internally deal with their biases, power and privilege, said Mignan Jenkins.

When discussing science deniers, the panel was relatively unanimous: It is important to try to start a discourse with them but on a civilized level. The same aggressive methods as in disinformation itself should definitely not be used. “We are scientists, we do not use these weapons,” said Honecker at the end of the event.