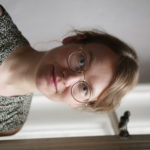 Ms. Zeng, in a recent study you focused on Covid-19-related conspiracy theories on dark platforms. What does „dark platform“ mean exactly?

These kinds of platforms are usually called ‘alternative social media’ or ‘fringe social media’. Personally I am not happy with these terms, because they often come with a negative connotation and they emphasize a dichotomy between the mainstream and the alternative. I wanted to introduce a concept that is not so ‘black and white’ or normatively charged. I want to use this concept of dark platforms for platforms which are kind of under the radar of the authorities and the general public. There could be something ‘shady’ going on but not necessarily evil.

In my research I mostly focus on problematic, toxic communication. But in my paper I made it very clear that dark platforms can also be used for positive causes. In authoritarian political contexts, such as China,  dark platforms are used by activists to spread information that are censored on mainstream social media. In the West, Twitter is ‘mainstream’ but in China it belongs to the dark spectrum. So „dark platform“ is not a fixed category. What is considered ‘dark’ and how a ‘dark’ platform is, depends on the context in which it is operating.

In your study you focused on Gab, a micro-blogging service launched in 2016 and on 8kun, an anonymous imageboard. What kind of platforms are they?

These two platforms are very different. Gab, I would say, is the darker alternative to Twitter. To a large extent, it is a byproduct of Twitter’s recent large scale cracking down on perceived problematic users following Twitter’s, as well as other social media’s, de-platforming of alt-right or far-right conservatives and conspiracy theorists, Gab seized the opportunity to attract these individuals to form a new congregation on its platform.

„What is considered ‘dark’ and how a ‘dark’ platform is, depends on the context in which it is operating.“Jing Zeng
With the anonymous imageboard 8kun it is different. This platform has been around for a very long time, previously known as 8chan. It was a notorious platform known for its far-right extremism and racist content. It was originally established by and for the geek community to share images, including pornographic and politically incorrect content.  But as time went by its function became diversified and now it is also a hub for conspiracy theorists, such as QAnon supporters.

In your paper you use the term digital refugee. What does that mean?

I use that term to describe individuals whose profile or voices have been removed from dominant mainstream social media platforms. Some of them voluntarily migrated to dark platforms because their messages have been constantly removed or reported. Lots of them are conspiracy theorists or individuals with extreme political stances. But in other contexts digital refugee can simply mean that this person is an activist for progressive causes. In China for example feminist activists are becoming members of this refugee group, because they are facing a lot of crack downs and censorship.

How did you get the idea to focus on conspiracy theories on Gab and 8kun?

Which kind of data did you analyze?

In this study I was focusing on Covid-19-related posts. For Gab we searched for hashtags including #covid19, #coronavirus, #chinavirus and #wuhanvirus. In total, we collected 30.000 gabs published between January and July 2020. On 8kun I focused on a board that was created for QAnon followers. There is an external source where you can do keyword research on that board. With the keyword „covid” we collected more than 30000 posts that were published between February and July 2020.

What kind of conspiracy theory related content did you discover?

The first one is „hoax narratives“ which deny the existence or the severity of the virus. The second one is the „bio engineer narrative“, that says Covid-19 is a bio weapon developed in China or in USA. Also the „anti-vaccination“ narrative is prominent. People who believe in it say for example that the pandemic is part of a mass-vaccination plot by big pharma to makehuge profits. The fourth most prevalent narrative is „5G-related“. Conspiracy theorists are saying for example that 5G assists or activates the spread of Covid-19.

What did you find out about the actors?

„Conspiracy theorists are not always ‘anti-science, as the media often portrays them.“Jing Zeng
On 8kun everything is anonymous so I did not conduct user profile analysis on this platform. But on Gab we conducted a general analysis of user profiles. We do not know exactly who they are but we know where they are based and we also code their political stance. In our data over 75 percent of actors were identified as supporters of conservative or far-right politics. More than 75 percent of the actors are based in the US. What I did not expect is that almost 20 percent of profiles belong to people based in Europe. Over 55 percent of profiles in our sample are actively propagating conspiracy theories.

Did you get any other surprising results?

You also analyzed which kind of external sources are cited and shared on the two platforms. What did you find out?

We often think that conspiracy theorists do not use legacy media and scientific sources. But based on our analysis for example on 8kun a large number of external sources are actually from prestigious science publications and mainstream  news channels like BBC and CNN. On Gab we also see the of use of scientific and official governmental references a lot.

„We simply drive these people into their own ‘bubbles’ where we do not seem them.“Jing Zeng
Conspiracy theorists are not always ‘anti-science, as the media often portrays them. They can be very good at utilizing science to legitimize their theorization about Covid-19. For this they  cite, usually through cherry-picking, the most prestigious journals to support and backup their theories. On 8chan, we have seen QAnon supporters with backgrounds in STEM science instrumentally citing scientific journals to construct conspiratorial narratives about the COVID-vaccination and treatment.. By engaging science and using ‘fancy’ technical terminologies, these Anons can present themselves as authorities thereby making their theories convincing.

When it comes to the implications of your study: What does it mean for science communication or platform regulation?

One aim of this paper was to respond to the trend of putting pressure to big tech companies like Facebook and Twitter to remove conspiracy theory supporters. They are pushed to kick them out of the scene as if that is the solution to the problem. My concern is that this will further polarize conspiracy theorists and further marginalize these groups.

For scientists it is very important to know what kind of narratives or theories they are talking about. With this knowledge we can respond to them and engage with them. At the moment, it is becoming increasingly difficult for scientists to even know where they are and what they are talking about. From a societal perspective the fragmentation and marginalization of social groups  can also be problematic. We simply drive these people into their own ‘bubbles’ where we do not seem them. I hope that in future there will be more empirical studies on the effects and impacts of driving conspiracy theorists to the dark reaches of the internet.

It is hard to say if that would be better. From the perspective of the tech companies, who are under a lot of pressure to regulate their platforms, to simply wipe conspiracy theorists out is definitely an easy solution. However, as shown in our study, to be ‘de-platformed’ by mainstream social media can sometimes bring conspiracy theorists more social capital. For instance, Alex Jones uses the label of ‘the most banned person on the internet’ to attract more followers and to gain credibility.