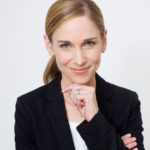 I started my career as a science journalist writing about the classical geometer Donald Coxeter—also known as the “man who saved geometry”—whom I met in Toronto around 2000. I wrote a magazine profile of Coxeter, which evolved into a biography (King of Infinite Space). Along the way I wrote about all sorts of scientific subjects, such as the theory that the universe is the shape of a dodecahedron, and how scientists sometimes use metaphor and analogy as tools not only for communication but also for investigation and discovery.

Coxeter then led me to my second biographical subject, John Horton Conway. Although very different men, they both hailed from Cambridge and shared the same geometrical spirit. Coxeter was a fairly straightlaced gentleman, whereas Conway was a cross between Archimedes, Mick Jagger and Salvador Dalí—a sui generis mathematician whose curiosity and contributions ran broad and deep.

Conway, in a ‘round-about way, led me to my current biographical subject, the mathematical and nomadical logician and group theorist Verena Huber-Dyson. In giving me a crash course on logic, Huber-Dyson said: “There is more to truth than can be caught by proof.”

The biggest challenge is the steep learning curve for all the various mathematical and scientific subjects I tackle—but that also makes it big fun. I have degrees in history and journalism, not math or science, so I come at things very much from a generalist’s perspective, circling around, asking a lot of questions, and iteratively fitting together the puzzle pieces.

What are your wishes for the future of science communication?

There was a recent article in the journal Nature on“Five rules for evidence communication”, which include 1) inform, not persuade; 2) offer balance, not false balance; 3) disclose uncertainties; 4) state evidence quality; 5) inoculate against misinformation.

In a sense, as the authors noted, it all comes down to cultivating trustworthiness, which is a compelling goal for science journalists, science communicators and scientists alike. The ultimate end is cultivating greater scientific literacy and engagement across society as a whole—which of course has taken on an immediacy and urgency during the pandemic. For me, this has meant writing about “embracing the uncertainties” around Covid-19, and the importance of uncertainty more generally in the scientific enterprise.

Siobhan Roberts is a Canadian author and science journalist, currently a contributor to The New York Times “Science Times.” In 2020 she was the Journalist in Residence at the Heidelberg Institute for Theoretical Studies in Germany.

The above mentioned “Five rules for evidence communication” were also discussed here.

On Youtube you can find her talk on “embracing the uncertainties”