10. Juni 2020 von Cristina Gonzalez Ros
Cristina González Ros studied in the masters programme European Studies on Society, Science and Technology and has a B.S. in Nanoscience and Nanotechnology. Until May, she was an intern at Wissenschaft im Dialog. Foto: Yannes Kiefer

How do you think the Covid-19 crisis has been covered in the media in the United States?

In the U.S., media coverage has been very fragmented, divided along partisan lines. Some conservative outlets have followed President Trump and other Republicans framing of the pandemic, significantly downplaying its severity. On the flip side, more liberal sources have tended to emphasize risk, the need for preparation, and the importance of social distancing. As such, responses to the pandemic have been very split into those that believe in quarantine and opponents, as demonstrated by the recent protests in multiple states.

What are the biggest challenges when communicating such a delicate situation?

Several challenges have emerged in communicating this crisis situation. As with epidemics of the past, journalists have had to accommodate a delicate balance of accurately reporting risk while considering the danger of perpetuating fear and anxiety. Media have also struggled with convincing groups of people that they should modify their behaviour. When people do not believe that they are at risk for contagious disease, they are less likely to isolate themselves, which explains why college students gathered in large crowds after social distancing mandates went into place. Finally, it’s difficult to juggle the public’s need to know with privacy concerns. We have not had many stories offering details about those ill or deceased from COVID-19, especially not at the city or state level. From a privacy perspective, the lack of detail makes sense. At the same time, by not reporting on specific cases, many individuals are convinced that the rate is low and therefore, quarantine should be lifted.

Which role do social media outlets play in the US when it comes to communicating about the coronavirus?

"What we can learn from this, is the importance of having a crisis communication plan for reporting on epidemics."Katie Foss

Social media outlets can be very useful in reaching different audiences and connecting people to information. For example, local press conferences have aired daily on Facebook, simultaneous with the television broadcast. This approach helps outlets to reach a wider audience. Unfortunately, a number of Americans get their news primarily from social media and take much of what they see as facts, without verifying the information. Memes about the disease’s origin, transmission, and treatments have been widely shared, as well as misinformation about the 1918 influenza and other historical outbreaks.

What lessons can the journalism and science communication communities learn from the Covid-19 media coverage?

I’d say, the importance of having a crisis communication plan for reporting on epidemics. Having a guide for terminology, language, message framing, source verification and identification, and infographics can help standardize and structure media content so that individuals can best understand the messages. Journalists should also learn about the need for at least some unification of the presentation of crisis messaging. As we are witnessing in the U.S., the fragmented and contradictory messages have led to confusion and unrest among the public, in which few people know what (or who) to believe. Additionally, these communities should recognize the need to work together to bring emerging information from scientists and public health authorities to the general public in a way that is clear, direct, and easy to understand. ​

Sergio Splendore, Associate Professor at the Department of Social and Political Sciences at the University of Milan

How do you think the Covid-19 crisis has been covered in the media in Italy?

Italian media experienced different phases during the long period of the Covid-19 spread, from the one of „moral panic“ at the very beginning to the one in which the media tried to tone it down. Then, when everyone recognized that the situation was really dramatic, they tried to somehow support the government, but also to tailor their output for people that were forced to stay at home. Now, the Italian news media are becoming again what we define as polarized pluralism: many conflicting frames are offered. There are media that use a lot of caution, which means that their production is aimed to suggest people to keep social distance. Some pushed (and are still pushing) the government to give more freedom to Italian citizens. And there are others that represent good watchdog journalism, investigating and questioning how the government is spending financial resources, wondering whether it is helping those who really need that money. Thus, I would say that the Italian media system is not so different from what it was before Covid-19: polarized, fragmented and quarrelsome. However, users with a high level of media literacy may still find good information. For those who do not, the situation is very dramatic — the risk is that they receive just rumours. 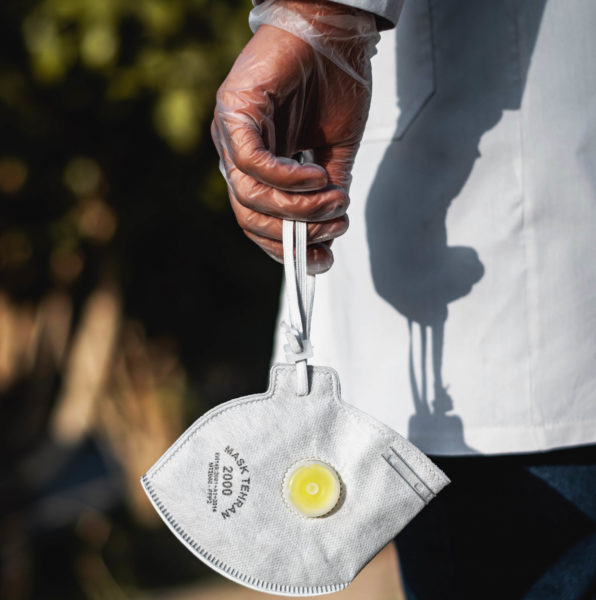 Spezial: Gesundheits­kommunikationAlle Beiträge zum Thema
What are the biggest challenges when communicating such a delicate situation?

The greatest challenge is the information disorder that journalists and news media are constantly receiving (and consequently generating). Science does not agree about causes and consequences of Covid-19. A great amount of data was provided in this period (deaths, hospitalized, swabs, infected), but as of yet, the data were not decisive. I would say that the greatest challenge was (and is) increasing the level of knowledge of the people without increasing the level of panic. It seems to me that in this sense the media failed.

Which role do social media outlets play in Italy when it comes to communicating about the coronavirus?

In my opinion, it is misleading when it comes to dividing news media from social media. We need to talk about the entire information environment where social media play an important role because newsrooms and journalists themselves have a say on social media. At the same time, it is important (and we are doing research on that) to understand the role of MIM (Mobile Instant Messaging), WhatsApp and the like. Social media, it seems to me, are increasing their ability to make media criticism, to finger out fake news — but we still do not know if groups via MIM are all able to discuss and put in question the audio, photos and links they receive.

Carlos Scolari, Professor at the Department of Communication at Pompeu Fabra University in Barcelona

How do you think the Covid-19 crisis has been covered in the media in Spain?

The pandemic has been covered in the audio-visual media with a discourse mainly based on the emotions and the spectacularization of what was happening. The digital images of oversize 3D coronavirus floating on the TV set will enter the history of Spanish television. Despite the official press conferences with the participation of ministers, military officers, and epidemiologists, in general the audio-visual media opted for a dramatic style. In this context, online newspapers were in general more rigorous.

Regarding the official discourse, an interesting phenomenon took place in Spain, a process that could be defined as a ‘discursive reversal’: While economic crises always disguise themselves as natural catastrophes — i.e. it is not so strange to talk about the ‘turbulences’ of the markets or financial ‘earthquakes’—, in this case a natural crisis was put into discourse through a very human metaphor: We are waging a ‘war against the coronavirus’.

The metaphor of the war allows identifying ‘friends’, ‘allies’, ‘enemies’ and ‘traitors’. If we are in a state of ‘war’, then a series of objectives and strategies will be established and the society will ‘mobilize’ against the coronavirus. It is so flexible that it allows expressing different ‘movements’: from ‘attacking the virus’ to ‘resisting at home’, like in a castle under siege.

"A natural crisis was put into discourse through a very human metaphor: We are waging a ‘war against the coronavirus’."Carlos A. Scolari
But metaphors do not only facilitate the description of a phenomenon: they can also become a guide to future action. In the case of Spain, the presence of senior military officers at government press conferences reinforced this rhetorical scaffolding, not to mention the Churchill-style speeches that Pedro Sánchez delivered every Saturday in March and April.

What are the biggest challenges when communicating such a delicate situation?

Spectacularization is good for increasing the audience, but it is not good for society. A more rational approach, with a pedagogical tone but without falling into pedantry, would have been better. The discursive hegemony of only one part of the scientific sector – the epidemiologists – should have been replaced by a more polyphonic group of scientists, also including representatives from other disciplines like social sciences and humanities. In any case, neither the media nor the journalists were prepared for this emergency.

Which role do social media outlets play in Spain when it comes to communicating about coronavirus?

Further Articles in EnglishOur English articles at a glance
My perception is that the different social media did more or less the same as in the rest of the world: they are a boiling soup of fake news, useful information, self-help messages, cat photos, selfies, and so on… Despite this, the existence of social media has allowed many people to better cope with this long quarantine. Regarding the main apps and platforms, beyond Zoom for working from remote and online learning, Tiktok consolidated as one of the most important emerging media platforms in Spain.

What lessons can the journalism and science communication communities learn from the Covid-19 media coverage?

I speak as a media and communication researcher: The pandemic has confirmed, if necessary, that we must quit the Manichean approaches radically in favour or against digital technologies. If anything became clear these days, it is that beyond the ‘evil’ algorithms and the business of data, social media are an integral part of our complex social life in the 21st century and must be addressed with equally complex research instruments and analytical models.