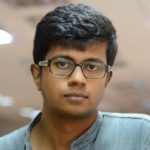 24. Mai 2017 von Vasudevan Mukunth
Vasudevan Mukunth is the science editor at The Wire. He has written for The Hindu, Scroll.in and Quartz, and has also been running a physics blog since 2009. He holds degrees in mechanical engineering and journalism. Twitter: @1amnerd, Email: mukunth@thewire.in

A couple weeks ago, the organisation I write for, The Wire, had approached a popular news aggregator to redistribute our news content to its growing user-base. However, the aggregator categorically refused to accept our science news. Despite being only two years old, The Wire has built up a reputation for accurate, lucid and insightful science reportage and analyses. The aggregator, however, was interested in expanding its own audience. To that end, it only wanted access to our political coverage. What science content it did redistribute, the aggregator said, was not general science news, but stories typified by qualities like coolness and novelty. And that’s just the kind of science news that is prevalent, as well as increasingly preferred by newsrooms, in India.

Further Articles in EnglishOur English articles at a glance
There are many reasons for this – but two of them in particular dominate. The first is that, like everywhere else in the world, Indian journalism outlets are making a painful transition from print to the web. However, the business of journalism is tougher in India because the purchasing power is lower while the costs remain high. As a result, tested models of money-making such as online subscriptions and paywalls developed for the West can’t be adopted in India. Second – and again, like everywhere else in the world – political nationalism is on the rise. (Even if Emmanuel Macron received 65% of the French vote, it is startling that Marine Le Pen secured 35%.) One consequence of this has been that right-wing ideologues, politicians and supporters are becoming less tolerant towards journalism that criticises homegrown innovations. Instead they want stories that amplify national pride by glorifying ’successes‘ that, in most contexts, would simply be seen as low-hanging fruit.

With all this in mind, Indian science journalism can be understood to have a unique character. Thanks to its tremendous physical and social diversity, India offers every science journalist a wealth of stories to write about. However, one of the first hurdles the communicator will face is a scientific establishment that is not keen to speak up. Again, there are various reasons for this, but one that is commonly admitted to is that scientists often don’t feel the need to talk about their work – it suffices for them to just focus on their research. Thankfully, there are enough exceptions to this rule for journalists to get by, although not without some effort. The second biggest hurdle is a government that is usually bureaucratic, overworked and slow to respond. The third is the reader herself. The demand for science journalism in India is low, especially when it focuses on the science. Most of those who are interested sate their appetite with what appears in foreign publications – as well as a few like The Wire, The Hindu, Fountain Ink, The Telegraph, etc.

Most good science writing in the country is concerned with health, biology, genetics, pharmaceuticals, policy, geology, ecology, biodiversity, climate change, nuclear physics, space engineering and, notably, the history of science. Pieces on all these topics (except history) always have takers among editors. A ’second tier‘ of writing, which is equally good but has fewer takers, focuses on materials science, solid-state physics, scientometrics, astronomy, genetically modified plants, meteorology, etc. As always, there are exceptions to these ’rules‘, when the stories are well-written, deeply reported and thoughtfully analysed.

The role of language in Indian science journalism

The language also matters. Unlike with the German-language media in Germany, a unified picture of India doesn’t emerge should you read only the English-language media. The regional, vernacular language media is much larger than its English counterpart – both in audience size and market capitalisation.

For example, there are newspaper titles in over 22 languages other than English, a number that climbs to six times as much if you included dialects. And Hindi-language newspapers alone dwarf their English counterparts, in numbers (4,131 v. 864) as well as readership (76 million v. 34 million copies). This was in 2006.

At the same time, the near-complete absence of science writing in the vernacular means the former is confined to English-speaking, urban pockets, which harbour fewer than 20% of the country’s total population1. Finally, despite digital news consumption being on the rise, the print medium is alive and kicking in India. At the larger establishments, newspaper sales heavily cross-subsidise their internet departments.

In fact, the key to understanding where good science writing is published more often is also the publishers’ funding. While better writers charge more, as they should, can publishers with better editors also afford more? Not necessarily. Most publishers can afford 5-10 rupees a word, which isn’t very good news for writers. Between 10 and 15 rupees a word is better while 15-20 rupees a word is outstanding. Over 20 rupees a word is seldom heard of. The standard rate for writers writing from outside the country is $100-200, which is comparable to the Rs 5-10 a word bracket and is usually fixed in that range for opinion pieces of about a 1,000 words. However, reporters who regularly file from outside the country are likely to be writing for a global publication’s India office or as a foreign correspondent in a larger organisation’s payroll; international freelancing is not common. The rates are lower among most vernacular publishers and those writing for children/young adults. The latter is a category that persists because the science education in our schools and colleges is usually abysmal, geared more towards passing examinations than learning something. Full-time science communication classes are available only in journalism colleges.

Then again, publishers’ budgets for science stories are a function of demand. And in the prevailing political climate of nationalism, economic protectionism, etc., there is growing demand for stories – especially among publishers that are on the political left or are unaligned – that ensure bad or pseudo-science isn’t utilised by divisive political ideology. Political polarisation is almost impossible to overcome and it may not entirely be a bad thing to take a side, especially over matters on which the science has something to say. For example, one particularly dubious aspect of the current government is its support for a hard-right organisation whose members have claimed that ancient Indians flew airplanes to Venus and transplanted the heads of elephants onto the bodies of men. While these are claims that are easily busted, there are others that are wrong yet persist because of their proximity to the truth. Fact-checking them and ensuring they are removed from public discourse is becoming an increasingly popular – and tricky – task among science journalists. Similarly, there is also great demand for articles that pierce through the walls of secrecy around the country’s space and nuclear programmes, especially the latter. It is when reporting on such stories that the science journalist realises how ineffective even the most powerful tool at her disposal, the Right To Information Act, can be (the Act allows journalists to request information from government or government-funded bodies).

Taken all together, it is not very surprising that the news aggregator mentioned before wanted only political news from The Wire. India’s politics has always been, is and will be touching every aspect of public engagement. And science journalists should use this as an opportunity to make more science more relevant to more people. But they shouldn’t become hemmed in by this chance, either: there is more to nature than what directly figures in people’s day-to-day lives, and there are quite a few readers and editors interested in such stories being published. It’s a mixed bag.