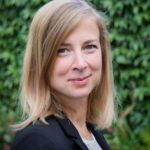 Mr. Cook, on your website you describe a “Cranky Uncle” as the family member we all have, who thinks he knows better than the world’s scientists. In the smartphone game he explains – with a lot of humor – the techniques to mislead and spread misinformation concerning climate change to players who aspire to become a cranky uncle themselves. What was the idea behind the game?

The game first began as a book. I created the “Cranky Uncle versus climate change book” and the idea there was using humor to counter climate misinformation. And that all came from my research. I am a psychological researcher for over a decade now and research has steadily steered me towards using critical thinking to explain the techniques used to mislead. Humor is a powerful tool to make debunking more engaging to the public. The big challenge is: How do you get your debunking – even if it is in cartoon form – to as many people as possible? And how do you make it as engaging as possible? So, we started looking at games as a way to tack cartoon humor and make it more interactive and also scalable. A game can be downloaded and is easily accessible to anyone with internet access.

On the Cranky Uncle website, you explain the principle of the game as “active inoculation”. What do you mean with this analogy?

People don’t like being misled. If you extend the inoculation analogy, inoculation is not really about curing people who have caught the disease, it is more about stopping the disease from spreading. So, the chief purpose of the game is not to change the minds of cranky uncles, who are a really small percentage of the population. It is about stopping misinformation from cranky uncles spreading to the rest of the population by immunizing everyone else. Effective inoculation is the warning of being misled that puts people cognitively on guard and less vulnerable to misinformation, so that they are less likely to be influenced. If cranky uncles do play the game and learn to spot misleading techniques, that can have a positive effect, but it is not the primary purpose of the game. 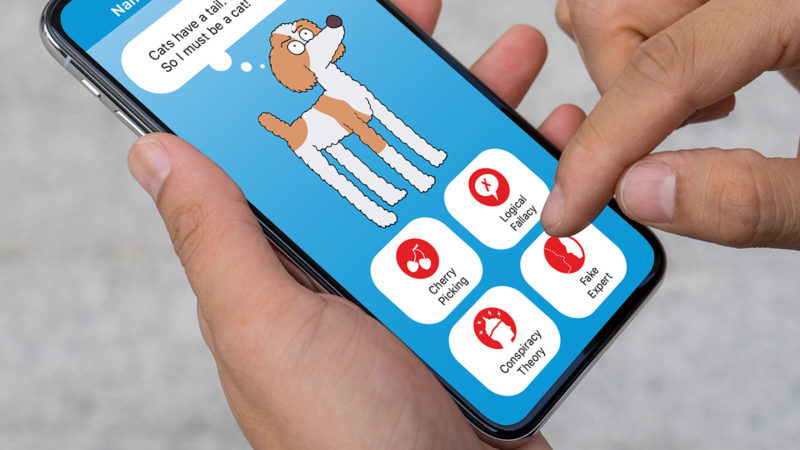 The picture shows an example of a game scenario. The players must choose which technique of mislead or misinformation is used. In this case the dog uses the technique of logical fallacy. Foto: GoodBeast/John Cook 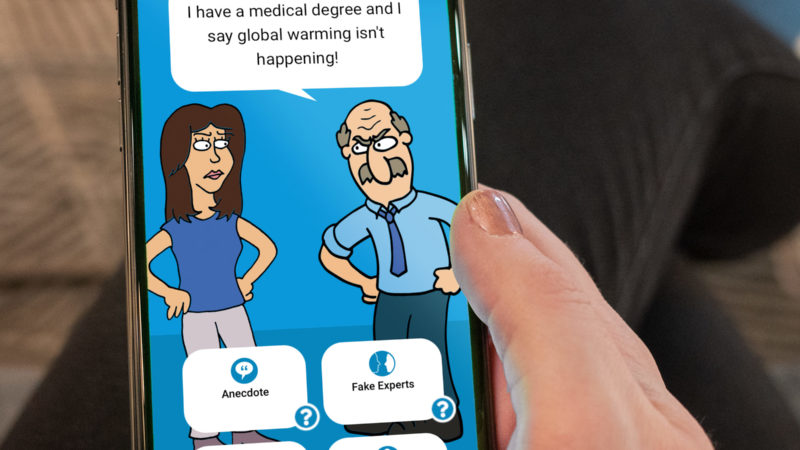 This picture shows a quiz scenario of the game. The players have to find out which technique of mislead Cranky Uncle uses to convince his counterpart. Foto: GoodBeast/John Cook 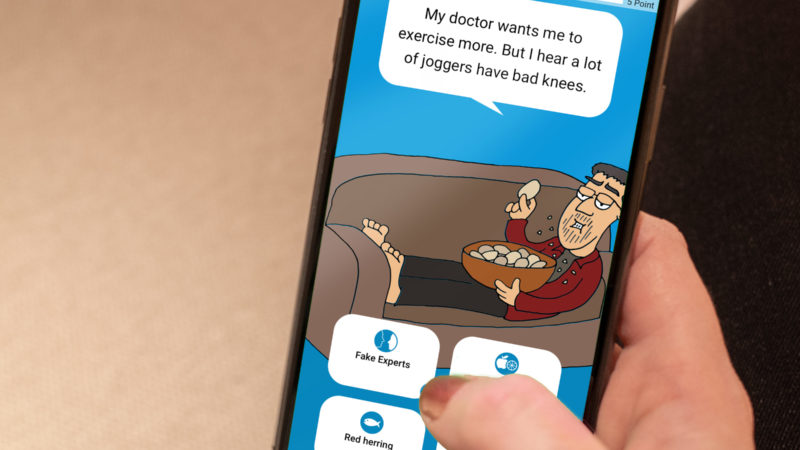 Another quiz scenario can be seen in this picture. Players must decipher what technique of misinformation the cartoon character is using. With each quiz that players successfully complete, they earn Cranky points with the goal of becoming a Cranky Uncle themselves. Foto: GoodBeast/John Cook

Who plays this game?

The vast majority of players are high school or university students. But also, middle and even elementary schools use the game. The main way we are getting the game out is through teachers. To support them, we also provided a teacher’s guide to the game. We just passed 480 classrooms around the world who signed up for the game. About half of them are located in the USA, Germany is ranked second.

Since this year, the game is also available in German. Which problems did occur during the translation process?

The game is unfortunately US-centric and that is my fault. I just chose the first examples that came into my mind and that were either US examples or US issues, like gun control, which is not an issue in Europe at the same degree. So, what we had to do was to change those US examples to be more global, or even specifically German. For instance, one example mentioned Neil deGrasse Tyson, an US-astrophysicist, and TV personality. Fortunately, there was a TV personality in Germany, Harald Lesch, who was also an astrophysicist. In this case it was easy to swap names. More difficult were linguistic problems, like longer sentences in German that didn’t fit into the speech bubble anymore. Bärbel Winkler, Thomas Schubatzky, Silke Schäfer and  Gabi Waldhof did those German translations and solved all those problems in record time.

The game is also part of your research. You could show that it increases people’s ability to spot fallacies. How did you measure this?

When players start the game, they are asked if they want to participate in research. It is completely voluntary, of course. If they agree, they are asked ten critical thinking questions. They are shown examples of misinformation and the players have to identify the misleading technique. When they get to the end of the game, they have to repeat the same ten questions. So, it is just a simple method of measuring if the critical thinking skills increase from the start of the game to the end of the game.

Last month you published a paper that describes three case studies showing that Cranky Uncle was successfully used to educate students in critical thinking. Could you describe the setting of these cases?

Two of the case studies were in class rooms, one in Massachusetts and the other in Texas. After playing the game, the students had to apply the newly learned techniques of misleading, for instance by writing essays on a freely chosen topic. The students had fun doing this and the results are not only entertaining to read, but also show that the students understood the principle of the techniques. The third case study was a public engagement campaign in Ohio where participants would walk through a park dotted with critical thinking cartoons. What we learnt from these case studies was that active inoculation was an engaging and interactive way to teach critical thinking and resilience against misinformation – both in and out of the classroom.

In this study, you mention also negative reactions. What were they about?

Especially fascinating was that there were some people of both sides of the political spectrum who didn’t like the game and particularly some of the quiz questions. For instance, conservatives, like republicans, didn’t like gun control debunking or questions about abortion – both of them are really hot button topics in the US. Some people on the left side of the political spectrum didn’t like the debunking of homeopathy misinformation, because they believe in homeopathy. So inoculating people against misinformation can be a bit like vaccinating people against diseases – in rare cases, you might get an adverse reaction.

"The longer people play the game, the more inoculated they are becoming against misinformation. "John Cook

You said, mainly students play the game. Do you see differences in the success of learning concerning the age of the players?

A really interesting thing – that I did not see coming because it was exactly the opposite of what we expected – was: The older people are, the bigger was the improvement in their critical thinking skills. In fact, it is so surprising that we are now considering to change the quiz. This would be a completely new research base.

This project was crowd-funded. How did you reach and convince people to donate money?

Fortunately, I already had a reasonable sized audience through my work with skeptical science and my research on misinformation. We also threw a lot of incentives in to encourage people; such as merchandise T-shirts, hats, and copies of the Cranky Uncle book. The biggest incentive was for people who donated a large amount, like 250 Dollars or more. They got drawn as a cartoon and used in the game. In all the quiz questions, almost all of the characters are people who donated to the game – or their dogs, because several people said: I don’t want to be in the game but I want to see my dog in there.

What plans do you have for the game in the future?

We are in the process now of working with UNICEF and the Sabin Vaccine Institute to develop a vaccine version of the game. Both those organisations are interested in improving vaccine uptake in developing countries so we are starting out by testing the game in several African countries. In the first workshops in Uganda and Kenia we tried to improve the game; for instance, by adding a second character, a doctor giving vaccine facts. Cranky Uncle is often standing a long side to the doctor explaining how he distorts the facts using fallacies. And that already added a kind of dynamic or tension between the characters. So, we are just on the lookout for now to add more humor, more personality, just anything to make the game more engaging. Because the longer people play the game, the more inoculated they are becoming against misinformation.