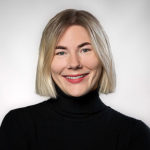 Could you explain the difference between epidemics, pandemics and infodemics?

An epidemic, or outbreak, describes the occurrence of disease among a specific group of people, within an area in a set period of time. A pandemic describes the global spread of an epidemic, and has no formal definition or legal basis. The difference between epidemics and pandemics is in the semantics.

An infodemic refers to an epidemic of information – some accurate and some not. A lot of people associate infodemics with outbreaks of misinformation, but it is really about an overall abundance of information with varying quality, correctness and intention. A parallel between infodemics and epidemics is that you can use similar tools to measure and manage them.

Are infodemics a new phenomenon?

The term infodemiology was coined two decades ago. It’s a discipline that also relates to journalism and political science. If you think about it, misinformation has been around for a really long time, it’s not something new. It’s something we witnessed on a large scale and on a personal level these last few years. So, the term is not new, but bringing infodemiology to public health is fairly new. The link between the scientific field of infodemic management and public health was missing. It has become very clear though that we need to add infodemic management to our pandemic preparedness and response plans.

„It has become very clear that we need to add infodemic management to our pandemic preparedness and response plans.“Sonia Boender

What does an infodemic manager do?

For me it means two things: I am both a research associate and a hands-on infodemic manager at the RKI. This means I conduct research to establish infodemic management at the RKI and see how we make our crisis and risk communications more data driven. The more hands-on part is to work together with colleagues and partners to establish and improve suitable communication material, ranging from flyers for health professionals and the general public to social media posts.

Infodemic managers come in various different shapes and forms. It can be a formal role but it can also be a part of your job, as a skillset, for example if you are a health professional and also engage in infodemic management. There are infodemic managers with a medical background, but also those who work in communications and in journalism, who for example work on fact-checking. It’s a very diverse area of work, I would say.

What role does social media play in public health?

From a personal point of view, it is a great tool to network with other academics working in public health. For the public the key aspect is to see how researchers work. You see the process of science and that researchers are human beings. Ultimately, it has been shown that communicating transparently and authentically improves trust in scientists and science itself. That’s a very powerful way of using social media.

What advice can you give to scientists who communicate about risky topics on social media?

Stick to your own expertise! That’s an essential one. If you are well-versed in your subject, you can probably argue about it in a structured way. The other one would be to listen first. We often talk about providing rational facts, but there is a lot of emotion out there, especially on social media.

Speaking of emotions: emojis are an important part of communicating on social media. You make a strong case for countering vaccine hesitancy with positive symbols, like the vaccine emoji. How did the project come about?

Emojis are definitely a language in and of themselves. The vaccine emoji started as a small conversation between me and Gideon Duschek, my brother-in-law, who is a designer. It was January 1st, 2021, there was no celebration for New Year’s, it was winter and I thought about what would be the good news for the year.

For me it was the advent of the COVID-19 vaccination. There was finally this very powerful tool that could get us out of this situation. And all I could see was the blood dripping syringe with a sharp needle as a symbol for the vaccine: “💉” So I started texting Gideon asking if there could be a better way to visually express vaccine confidence, power and protection. We quickly came up with the design and it gained a lot of traction online.

You then submitted the vaccine emoji to the Unicode Consortium, which ensures the consistent encoding of text systems. They didn’t proceed with your proposal – twice. Do you have any idea why?

There was no detailed reply, apart from that they received a lot of requests. We still thought it was worth submitting the emoji formally and pursued this endeavor a second time. I shouldn’t speculate too much about the repeat rejection though.

The good thing is that you can use two emojis to spread the same message, for instance if you put the „💪“ and the „🩹“ next to each other you kind of visualize the same message. This could be one of the reasons: there is not enough added value to create a new emoji specifically for vaccine confidence.

Your emoji made quite a splash online and you later published your work on it in the Journal of Medical Internet Research. What was the feedback like from the editors and peer reviewers?

Vaccines are a critical public health tool but one surrounded by falsehoods, phobias, and misinformation fueling vaccine hesitancy. Part of that has to do with their lack of positive representation on digital media. In our paper, we argue that vaccination deserves an entirely new emoji to communicate vaccine confidence and discuss a design proposal for a vaccinated emoji.

Spezial GesundheitskommunikationAlle Beiträge zum Thema
The reviewers asked us to explain all aspects of the emoji: the design process, the added value, the evidence of emojis’ impact on the perception and behavior of people, and the psychology behind it. We had to cover all of that, and this was also the biggest challenge. To make something so interdisciplinary still sound coherent.

Besides the „💪“ and the „🩹“, what are your most used emojis in your day to day science communication life?

The „🦠“ and the „🕵️“, because the nickname of field epidemiologist is disease detective. I also like the „📊“ emoji to talk about data, and „💬👂“ for infodemic management – and I’ve even been using „💩“ in the context of waste water surveillance.