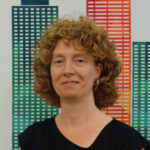 Stimulate equal access to universities; continue efforts to raise levels of scientific literacy; create and facilitate means – such as platforms – to exchange knowledge and best practices on science communication and engagement; and, increase trust in science by stimulating research ethics and open communication about research findings. These are some of the recommendations given based on two case studies conducted in China and South Africa to explore responsible research and innovation (RRI) outside the European context.

Responsible research and innovation – a concept which increasingly gets attention in Europe and European funding – is aiming to improve the science-society relationship. In short, RRI stands for a process where the needs of society are better met by those who are responsible for research and innovation. In the NUCLEUS project, not only the European perspective on RRI is explored. Also, concepts, politics and practices in China and South Africa, were studied to enrich insights in current practices of RRI. This Cultural Adaptation study led to various specific insights.

A multi-method approach was applied to the two cases China and South Africa. A literature study based on multiple sources of information – academic literature, reports, news articles, policy documents as well as survey data, personal communication and presentations – contributed to the findings. In addition, semi-structured interviews were conducted in both countries. The data was qualitatively interpreted within the context of the historical, socio-economic and political situation of each country. Recommendations were formulated.

In both countries innovation and the knowledge economy are guiding principles for policies. In China, all state policies are innovation driven. Increasing the level of scientific literacy for larger parts of the population will help to reach these goals of innovation. Science popularization is a means for this and is targeted at specific groups such as young people, farmers, leading cadres and public servants. In South Africa, a land in transition, innovation is considered a means to overcome challenges of poverty, inequality and unemployment. Including other knowledge, such as indigenous knowledge, can contribute to this innovation process as well. Equal access to universities is also topic of debate. Science education is in both countries considered key in the innovation process.

National institutes in both countries, amongst others China Research Institute for Science Popularization (CRISP) and South African Agency for Science and Technology Advancement (SAASTA), stimulate science education and communication and study its effects. Science centres and museums play an important role in stimulating scientific literacy and engagement with research. In both countries, the not only literally large distance to rural communities poses challenges to these educational activities.

Researchers in China want support from universities and research institutes to help them to bring their social responsibility into practice. For example, by providing platforms for knowledge exchange, offering training programmes, or, raising awareness for this role. In South Africa this support is also valued. Researchers in both countries hold mostly positive attitudes towards bringing RRI into practice. They think that role models can promote and improve current practices.

Future steps: build NUCLEUS communities and learn from these practices

NUCLEUS is trying to bring universities and research institutes closer to society by means of stimulating practices of RRI inside these organisations, or – so to say – by building and improving science-society relationships. In the first two years, three studies were conducted to gain a deeper insight in the aspects that lead to responsible conduct. One of these studies was the Cultural Adaptation study. In the second part of the project, RRI is brought into practice by building NUCLEUS communities which will foster the science-society relationship at ten universities and research institutes. In addition, at twenty other locations activities will be organised to test innovative RRI approaches. The practices will be monitored and provide input for future RRI guidelines.

A study into cultural aspects of RRI

The Cultural Adaptation Report (2017) describes aspects of Responsible Research and Innovation in an international context, namely in China and South Africa. The study was conducted as part of the larger NUCLEUS project which aims to identify key factors for successful embedding of RRI in academic settings.

This Deliverable D3.3 of the NUCLEUS project, which can soon be found with other deliverables on the website of the project and an overview in the keynote Crossing Borders, Transcending Boundaries: Results from the crosscultural adaption of the interdisciplinary study.

Authors: The study was conducted at the University of Twente (UT) in the Netherlands together with the NUCLEUS partners from the China Research Institute for Science Popularization (CRISP) in China and the South Africa Agency for Science and Technology Advancement (SAASTA) in South Africa.

Shadrack Mkansi is manager at SAASTA of the Science Awareness programme and the Observatory. He dedicated 24 years in bringing science to the society through science engagement.

Yin Lin is associate researcher at the CRISP Institute and is, amongst others, involved in studying scientific literacy and science communication.

Mirjam Schuijff is junior researcher at the UT and appointed at the NUCLEUS project to study RRI and guide and coach the university in implementing and fostering responsibility in the second phase of the project.

Anne Dijkstra is assistant professor in science communication and responsible at the UT for the NUCLEUS project. Her research focuses on understanding the science-society relationship from a communication perspective.