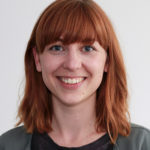 Mr. Bourqui, what is Climanosco and what is your mission?

Climanosco is a bottom-up organisation with the goal to create a network between individuals from various backgrounds with climate science at the centre of it all.

We are trying to develop something organic and non-institutional, a space that is welcoming, open and inclusive and gives everyone the opportunity to discuss and learn about climate science. We facilitate that communication by offering easy-to-understand, entry-level-friendly information on climate science. The cornerstone of our work is the development of an open access journal that is peer reviewed not only by scientists, who make sure the scientific content is rigorous, but also by non-scientists, who ensure the text is accessible for a broad audience. Currently, we have close to 200 members across 20 countries, with a near parity between climate scientists and members who have a different background. We have a wonderful team located in Zurich and we welcome every year new interns from around the world.

How did this idea start?

The main issue we wanted to tackle is that climate research stays in the scientific community and rarely breaks out. That’s very normal, it’s just the way a complex society works – we all mainly stay and communicate within our “silo”. But when it comes to climate change, we want and need to have a wider discourse.

The basic idea of Climanosco was presented in a workshop in 2013 at the Chapman Conference on communicating climate science. Two years later, we registered as an association here in Switzerland, which means that we are a legal entity which can’t be purchased. I’m emphasising this because it was really important to us that whatever happens, we stay independent from big institutions and always be a reflection of our members. On the downside, this means we’ve started rather slowly and it is probably more work to reach our goals without investors and big donations. But we are confident this approach is for the best in the long term.

Could you tell more about the paper submission process?

We work in cycles of calls for papers, with an initial goal of one call per year. The first call had no specific topic, but the second one for example was on the impact of climate change with an emphasis on health. We’ll be launching our latest call on the topic of human responses to climate change shortly, but we also accept ad hoc individual submissions outside the call framework. The submitted papers are new, unpublished manuscripts and must be a reflection of existing research publications in the scientific literature.

"We not only give people the information on climate issues, but we allow them to really engage with it and this is still a rare and special thing."Michel Bourqui

When it comes to the review process, it’s very much like every other publication. Our editors are scientists, and the review team is made up of two scientists and two non-scientists. We send out the invitation to review a new article via our registration list – which is free, by the way, as is the paper submission. Anyone who wants to be a reviewer, with or without academic background, is welcome to register on our website.

Is it difficult to find non-scientist reviewers?

Not really. We are actually finding that more and more people are interested. I think they realise that it’s a win-win situation: They learn a lot, it’s really fun, they have an impact and, if they want, have their name credited in the paper. We not only give them the information on climate issues, but we allow them to really engage with it and this is still a rare and special thing. Another exciting aspect is that they are in direct contact with a real researcher. It’s a refreshing way to enter into a dialogue about science.

How can the open access approach improve climate science dissemination?

Climate research is mostly state-funded. The situation as it has now developed, where society must pay not only for publishing, but also to access research articles, is something we could probably have prevented. Open access publication is just the sensible thing to do in my perspective. We should only pay once.

But this is not the solution to our problem. Even if everybody has access, there is still the language barrier. Classic academic literature is not accessible in terms of language, jargon and structure. And this not only complicates it for the general public, but also for researchers! Reading scientific literature is a big part of their work and it’s an immense investment in time. Having access to content that is easier to read can be very useful for them, especially to keep up with research areas that are not directly in their main focus. 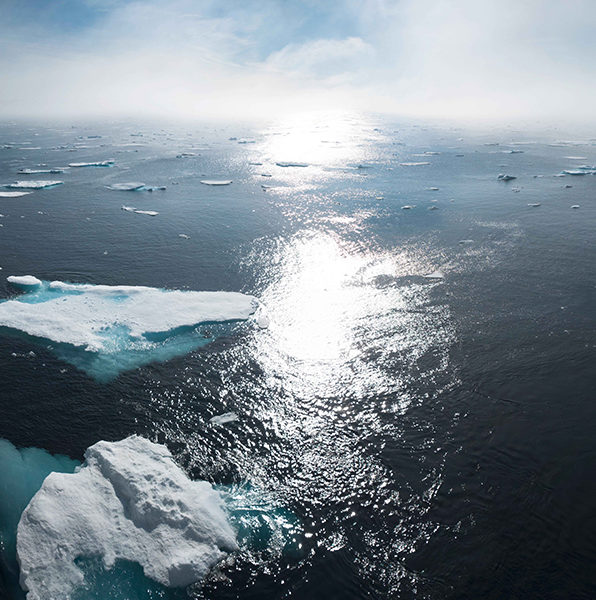 Schwerpunkt: KlimakommunikationAlle Artikel im Überblick
In our case, although the publication of this type of accessible research is the cornerstone of Climanosco, we also approach other stakeholder groups like engineers, teachers and journalists to see what formats would suit them better and how we can develop services beyond research articles.

How would you describe the standing of science communication within the field of climate research? Is there another respect for it since the topic gained momentum?

I left my professor position in atmospheric sciences in 2012, so I can’t speak to today’s work experience. During the eight years I was a professor, communicating about your work was appreciated, but there were no professional incentives to do so. Consequently, academics didn’t invest a lot of time in communicating their research, I’d say. I would be surprised if the system has changed much in this regard since then.

In the climate science sector, I think there is another aspect to it: Climate change has been very polarized in society and politics. So if you are seeking a promotion within the academic system, you might be safer not to be too political and communicate too much.

But isn’t the scientific community on the same page when it comes to that polarization?

Sure, the climate science community is not nearly as polarized. But a dean of a faculty or a director of an institution may not be part of that community, they might have different backgrounds and work with people from various communities. So, some scientists might feel safer by not positioning themselves in that debate.

Hopefully, our project can actually help in this regard. With Climanosco, our approach is to go beyond polarizations around the topic by being strictly based on scientific research, by being strictly non-political and independent and by welcoming everybody’s participation.

Since you started Climanosco, what lessons have you learned about science communication?

The most important lesson that I’ve learned so far is that when you talk about science, you are facing a society which is structured in silos, groups that rarely talk to another and function in autonomy. Most of the time, overcoming this fragmentation just takes a genuine effort to engage in a dialogue. Currently there is too little exchange in my opinion. Creating bridges, exchanging with experts from other areas, becoming a citizen expert in climate science: Such experiences are not only personally rewarding, but they may be very useful within one’s community or at work for the unique knowledge they bring.

Project sponsors: We have financed ourselves through two successful crowdfunding campaigns in 2015 and 2017. We accept capped donations and we currently work on developing partnerships with artists. We are fully independent.

Budget: Being an independent non-profit organization, we excel in doing much with little. Our current annual budget lies between 20K CHF and 30K CHF.

Goals: Our current goals are to regularize and speed up our cycles of calls for manuscripts, and to combine them with calls for artists.

Target groups: Our mission is to welcome everyone. We also engage in dialogues with specific groups to help us develop more specific services.

Figures on target achievement: We are approaching 200 members across 20 countries. We have published nearly 20 research articles from internationally recognized scientists. We are launching this fall our third cycle of call for manuscripts jointly with our first call for artists.