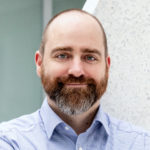 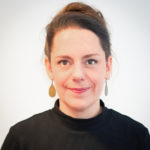 Ms Kifert, Mr Marcinkowski, what is the idea behind the Instagram series “The Portal Diaries”?

The Portal Diaries is a coming of age Instagram series for the smartphone generation. Instagram is the most popular visual social media platform, yet we feel like filmmakers do not use its full potential. The platform is mostly used as a tool to promote films as opposed to making films or series designed for Instagram. Our goal was to create a mysterious and visually inspiring series with an optimistic perspective on the future where science and technology provide great opportunities when it serves society. We wanted to tell it in an unexpected way. The power of Instagram, as a storytelling medium, lies in its immediacy and intimacy. Anna’s diaries in “The Portal Diaries” are poetic, surreal, and slow-paced – users have enough time to get to know her. Like in real life, friendship needs time.

What is the storyline?

The series main character is 15-years old Anna. From her diary, we discover how anxious she is about the future of herself and of the planet. She is moving with her dad, a scientist, to a new secluded home. When she finds the portal to the future and befriends with artificial intelligence, her life is totally changed. The diary documents the transition from a young person, scared of the prospect of tomorrow, to someone that trusts the uncertainties of the future.

How did you come to develop it?

We came up with the idea of a diary and time travel. Then we started a fascinating conversation about technology and science in Europe with various scientists and specialists from the European Commissions Directorate‑General for Communications Networks, Content and Technology. It was a very inspiring collaboration.

What is the aim of this project?

The series goal is to raise awareness of scientific and technological innovations among young people. The other important message is “Stay Forever 15”. In the future the changes and technological progress will only accelerate, people must be flexible, ready to re-invent themselves. Exactly as teenagers do. If those messages resonate, we’ll be very happy.

The Portal | Instagram Adventure Series | Trailer from The Kissinger Twins on Vimeo.

What can your audience learn from the series?

Our audience will learn about artificial intelligence, quantum computers, cyber-hands, robot-plants, artificial photosynthesis and many other inspiring achievements and ideas. They will also learn about cyber threats, identity thefts, deep fakes and how important it is to protect yourself online.

How does it work technically?

Further Articles in EnglishOur English articles at a glance
It’s quite simple. The project lives on the fictitious Instagram account @theportaldiaires. The audience can follow daily Instagram Stories or whole episodes (15 in total) saved permanently in the account’s Highlights. All videos are vertical with an atmospheric soundtrack composed by our musicians Ollie Taylor and Max Ziemba.

The future is non-linear and multi-channel. We believe that Instagram could be your Netflix.

Who pays for the series?

The series has been commissioned by the European Commissions Directorate‑General for Communications Networks, Content and Technology.

Would you do similar projects in the future?

Yes, we are finishing the second season of our Instagram series @Sufferosa. It is a thriller and a satire on cultural obsession with youth and beauty in our society. It has just won the Webby Award in Best Social Content and Campaigns category, defeating projects by Marvel and Youtube. It has strong anti-Ageism (editor’s note: the discrimination of elderly people) message and you can watch it on Instagram, too.