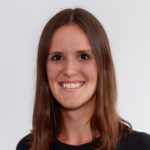 Good question. In Dutch Samenweten it is a merge of the two words samenleving, which translates to society, and wetenschap, which means science. If you translate it literally, it would say “knowing together”. The word samenweten is also a verb form because it is meant to be something active.

What inspired you and your team to initiate Samenweten?

As a scientist and as a manager in scientific organisations, I was always very keen on public engagement by scientists. Yet, it has always been as a side project, while I had the ambition to be more involved in public engagement since there is so much to gain from effective science communication. At the same time, on a broader scope, there is a transition going on that promotes the development from scientists just sending or preaching science knowledge – the so-called deficit model – towards a dialogue. And this two-way interaction is really close to my heart. It is much more interesting for me to hear what people think about science than to explain to them what I already know. The dialogue, I think, is really what got me going, and what I like to teach as well. I am convinced that you can learn so much from public engagement, if you really get involved with your audience.

What are Samenweten’s goals and its mission?

Like the name implies, our mission is to exchange knowledge between science and society. We want to promote an open dialogue between the two. At the moment, our trainings are mostly for scientists. We offer various workshops that are aimed at Ph.D. students and postdocs in the Netherlands to train them to put their work in societal or political context. We started a year and a half ago, so this is just the beginning.

In addition, we offer trainings for scientists in which we use interactive theatre. In this improvisation theatre we roleplay conversations between scientists and citizens and encourage scientists to reflect on their attitude and be open and ask questions.

Samenweten is a Dutch initiative that offers workshops and provides tools for equal and open conversations between science and society. It trains and advises scientists in public engagement and aims to bring citizens to ask questions about science. Samenweten is initiated by the Royal Netherlands Academy of Arts and Sciences (KNAW) and the Dutch Research Council (NWO). It is inspired by the British initiative Sense about Science and collaborates with several partners* in science communication and public engagement, both nationally and internationally.

When you offer such interactive theatre, is it only scientists taking part or also the public?

So far, we have used interactive theatre only to train scientists, but we are planning to reach out to communication professionals and other groups as well. We are also working on workshops for the public to help them ask questions to scientists. For example, we are preparing a project in which we will engage the public together with scientists and actors, for example in libraries and science museums.

What are the challenges science communication and public engagement are facing at the moment?

“I am convinced that you can learn so much from public engagement, if you really get involved with your audience.”Mariëtte Oosterwegel
Apart from the fact that it has been a lot harder to engage with each other online all the time? I think one of the challenges is that there are a lot of assumptions on both sides. The group of people that we call the general public – despite the fact that it is a quite diverse group – has assumptions about scientists, but also the other way around assumptions that scientists have about the public. And I really want to bridge that gap. If you address these mutual assumptions and stimulate curiosity instead, it might take away some of the polarization and distrust and will help to connect.

Can you give an example how you at Samenweten try to address those assumptions and how you want to build trust?

Apart from reflecting on our assumptions, another important aspect is being more open about how science works. By that, I mean to speak about the processes of science in every single aspect: How long did it take, how many people were involved, what went wrong, what are your interests, was the publication peer reviewed? I think there are a lot of aspects about the process of science that people are not familiar with. In general, openness leads to more trust. Therefore, being transparent is so important.

One project you are working on awards science communication projects by scientists. What motivated you to start this project?

The project Rewarded!, led by Marja van der Putten and Irene Achterbergh, aims at valuing science communication seriously as part of an academic job. It is very obvious that there are a lot of scientists who really like to communicate about their work and do so successfully, but this work is often done on the weekends or at night. It is often seen as a hobby. And there is little reward so far within the academic community for people who do outreach. Science communication is not for everyone, but at least if you’re willing to invest your time, you should also be acknowledged for that.

As part of Rewarded! researchers from the Kupper group at the Athena Institute in Amsterdam investigate what researchers need in terms of culture, expertise and organization to be involved in science communication. Next year we will provide policy advice to our Ministry of Education and Science and also to all Dutch universities on how they can stimulate science communication and reward it accordingly.

What were, in your opinion, some of the most surprising, interesting or inspiring SciComm-projects of Rewarded!?

There are a lot of them, 91 in total. Each faculty in the Netherlands could send in one project that they found award-worthy. One example that I like very much is the citizen science project called “Making Knowledge Together”. It is about engaging people with a mild intellectual disability with science. By that, it is reaching out to a group of people that have insufficient access to information derived from scientific research and that we usually don’t reach. A lot of science communication is aimed at highly educated people that go to museums and lectures. In this project the target group is directly involved and the platform and the research questions are being made with their input.
There is also a project called “Debunking myths” that, as the name suggests, debunks common myths about plastic islands in the ocean. In addition, it is also about creating an honest picture about science, speaking about its limitations and uncertainties and thus creating trust in science – which is pretty much in line with Samenweten’s mission.

And there is lots of other fun stuff, too, from podcasts to science for children. Have a look at the website for lots of inspiration.

You also have a project focused on data science. Why do you think data literacy is an important science communication issue?

Well, two things. First of all, there is a lot of misunderstanding about data science and artificial intelligence, ranging from people that are really scared about artificial intelligence because they think it is going to rule the world to people that think A.I. is going to solve all our problems. A.I., data science and algorithms are a part of our life, but they are still a very big, mystical issue for a lot of people. We thought that, because it is such a controversial and important issue, we should try to clarify it.

“Apart from reflecting on our assumptions, another important aspect is being more open about how science works.”Mariëtte Oosterwegel
Secondly, it gives us a lot of opportunities to ask questions about data science and science in general. We are building a Dutch version of the guide “Data Science: a guide for society” in collaboration with Sense about Science and Elsevier.

In this guide, we focus on three big questions: Where does the data come from, what analyses are being done and does the data really support the conclusions that are being made? These questions give you a good starting point to talk about A.I., algorithms and data science. At the same time, it will help scientists to improve their communication about the use of A.I.

Last night, we attended a lecture in a science museum on Artificial Intelligence where we were testing our prototype Dutch guide on Data literacy, in which we teach people which questions one can ask about data science and algorithms. We will also launch an interactive website on data literacy in the beginning of 2022.

Which tools and workshops are you planning to offer on your platform in the future?

We would like to set up training on how to communicate about uncertainty. We have all experienced a lot of uncertainty during the Covid-19 pandemic and I think it is a big topic in our life in general. We are trying to explore how you can communicate such an issue and be explicit about the fact that there is uncertainty in science and at the same time learn to be at ease with it.

* Science in Dialogue (Wissenschaft im Dialog) is one of the international partners of Samenweten. The website Wissenschaftskommunikation.de is a cooperation project of Science in Dialogue (Wissenschaft im Dialog), the National Institute of Science Communication (Nationales Institut für Wissenschaftskommunikation) and the professorship of Annette Leßmöllmann at the Karlsruhe Institute of Technology (Karlsruher Institut für Technologie).